Oans, zwoa, Oktoberfest! It's time for the Wiesn

The celebration of the wedding of Crown Prince Ludwig and Princess Therese in Munich in October 1810 is the origin of what is now known worldwide as THE Oktoberfest. Back then, there were days of celebrations in honour of the prince and princess - now, every year from mid-September onwards, for about 17 days (depending on how the weekdays fall), everything revolves around the incomparable Wiesngaudi. Millions of visitors from all over the world flock to the Theresienwiese, show themselves in love with traditional costumes like dirndls and lederhosen, interested in the countless fairground rides and, of course, in the traditional drink, which is consumed in abundance.

Come to Munich too! Find out whether beer is the only thing that really counts in the beer tent.

The new HYPERION Hotel in Munich to the east of the city centre at the new “Bogenhausener Tor“ complex is open since march of 2019. 341 modern rooms and suites with sophisticated facilities leave nothing to be desired. The excellent transport connections and lavish conference area also offer the ideal facilities for conference guests and convention visitors. The hotel’s own restaurant with open kitchen and the cosy hotel bar round off the offer. 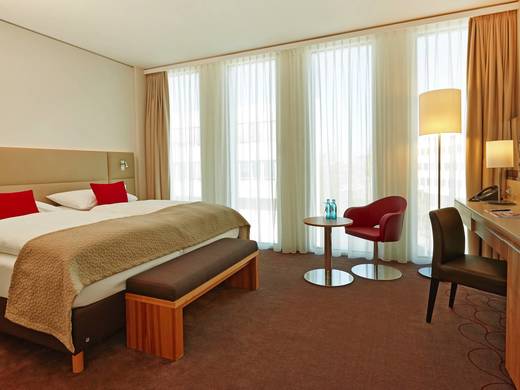 Four star comfort at the Munich trade fair grounds: we welcome you to the Bavarian city with 330 comfortable, modern rooms. Let us spoil you in our generous restaurant area and turn your visit into a tasteful event in the truest sense with our “display cooking”. Lovers of hearty snacks will really like the “Bayerischen Stube”. 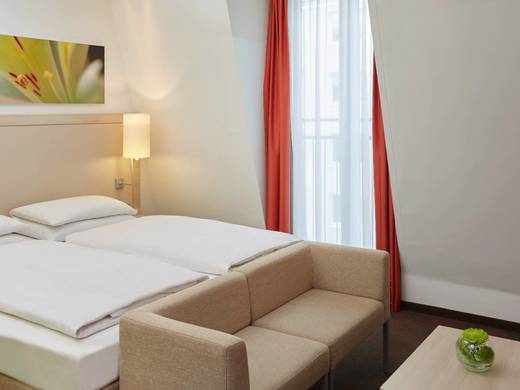 There is almost no other city in the world in which tradition, modern art, culture and technology so effortlessly and repeatedly come together as in the Bavarian city. Our hotel, only five minutes’ walk from Stachus Square and near the open space of the Theresienwiese, has 64 modern, welcoming bedrooms. Start the day with culinary and Bavarian specialities... 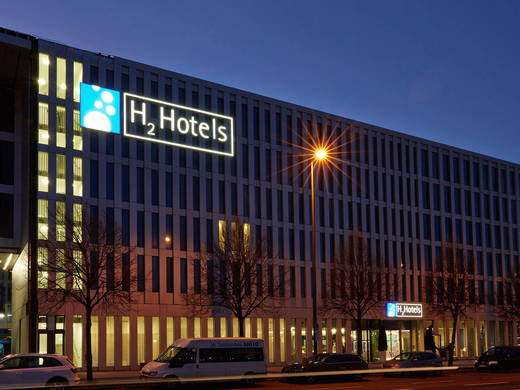 Our new H2 Hotel in Munich is the ideal base for visiting the city, the trade fair or a business trip. Starting from the Munich trade fair hall, discover all the sights of the Bavarian metropolis: the Oktoberfest, the Allianz Arena, the Hofbräuhaus, the Viktualienmarkt or the Alter Peter tower; they are all easy to reach. 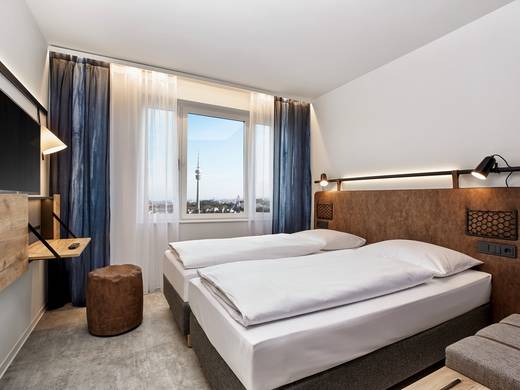 The H2 Hotel München Olympiapark, opened in 2019, offers its guests a high standard of comfort in rooms equipped with one double or four single beds. Its great location to the north of the Olympic Park, with direct light rail connections via the subway, makes it the prefect base for visitors to the city or attendees at local events. The partly-automated check-in and check-out processes ensure a relaxing stay with plenty to enjoy from the moment you arrive.