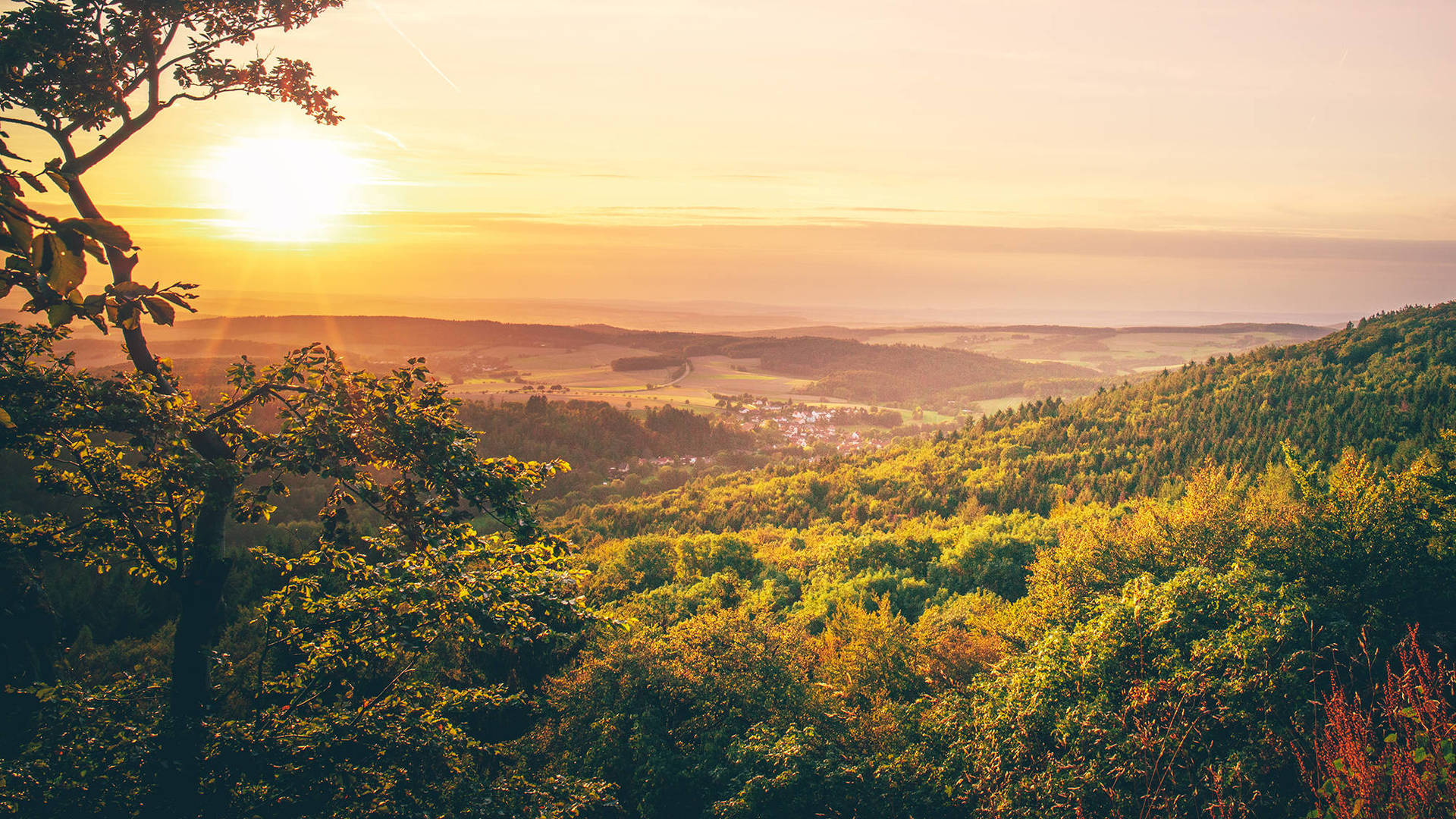 Perfect for discoveries and excursions

Thanks to its convenient location between Frankfurt and the Taunus mountains, the H+ Hotel Eschborn is ideal for exploring or making day trips of all kinds. Frankfurt am Main is a financial metropolis, an important trade fair location and a business hub all in one. At the same time, it's also one of Germany's oldest cities with historical monuments worth seeing and a varied range of cultural activities. Head to the Taunus for active holidays and hiking: stay at the H+ Hotel Eschborn and have the perfect time between mountainous natural landscape and must-see sights!

Let's begin our tour of Frankfurt at Frankfurt Cathedral. This impressive cathedral was once the election and coronation site of German emperors. The oldest part of the church dates back to the 7th century, but the current building dates from 1250 to 1514. It's worth the effort to climb the Gothic tower: the panoramic view over the old town is incredible.

Following either the Markt street or the Bendergesse, you can reach the  Römerberg  from the cathedral via the Schirn Kunsthalle Frankfurt exhibition venue. Named after the Römer – Frankfurt's town hall – the Römerberg is the main square in the centre. Take a look at Old St. Nicholas Church and admire the picturesque reconstructed houses around the square.

At the Römerberg, you can also find the Young Museum Frankurt, with interactive exhibitions for children, and the Historisches Museum Frankfurt on the city's culture and history. Leave the Römerberg heading north and you'll reach St. Paul's Church.

Consecrated as Frankfurt's main church in 1833, this elliptical building made of red sandstone was already used for something completely different just a short time later: as it was the largest and most modern hall in the city, the first German parliament met here in 1848 and drew up the first democratic constitution for Germany. The permanent exhibition 'St. Paul's Church. A symbol of democratic freedom and national unity' addresses the history of German democracy.

Only 200 metres away, right next to the German Romanticism Museum, you'll find the Goethe House, where Johann Wolfgang von Goethe was born in 1749 and lived until he left for Weimar in 1775. This museum shows his living spaces, objects of art and items he used, books and manuscripts. Overall, Frankfurt's museum landscape is characterised by great diversity.

Along the banks of the River Main alone, 26 top-class museums have come together to form the so-called Museumsufer Frankfurt (Frankfurt museum embankment), which also includes a further 12 museums in the city.

The Main riverside in Frankfurt is also a popular place to go for a wander. Cultural offerings, cafes and beer gardens invite you to make a pitstop throughout the day and into the evening. A break with a view of the big city.

If you're more in the mood for nature, you can visit Frankfurt's Botanical Garden in the west of the city and admire over 4000 species of plants in this pretty park. Another popular attraction to visit – and not just for children – is Frankfurt Zoo.

The second oldest zoo in Germany, established in 1858, now runs under the guiding principle 'Experience animals – preserve nature'. There are 4,500 animals of over 500 species to see, including very rare, endangered species such as the red-crowned crane, the Asiatic lion or the bearded vulture. Many outdoor enclosures, alongside the Exotarium, an aquarium and reptile house, and the Grzimek House, where day becomes night, promise exciting sights.

However, in order to properly experience nature, you should head north from the H+ Hotel Eschborn: here you can find the Taunus, a low mountain range, with its three natural parks. Its highest point is the Großer Feldberg. This is 879 metres high and features an observation tower where you can enjoy a wonderful panoramic view that extends as far as Frankfurt.

The hiking paths over the main Taunus ridge and around the Großer Feldberg are popular. This is also where the European long-distance paths E1 and E3 meet. The Weiltalweg, a path that is 48 kilometres long in total, is not only for hikers but also for cyclists. If some sections are too steep or you don't fancy doing the way back as well, you can take the bus that has a special trailer for bikes!

As a natural and cultural landscape, the Taunus also has many picturesque castles to see, including Schloss Braunfels,  the remains of Burg Freienfels near Weinbach, and many more. Many of the places in the region are sure to impress with their historical centres and old towns.

We recommend visiting Idstein, Eppstein, Königstein or Kronberg. Other favourite day-trip destinations are the historic open-air museum Hessenpark, the falconry park at the Großer Feldberg and the Lochmühle and Taunus Wunderland amusement parks.