Two things have characterised Salzburg history more than any other: One is the city´s location between Northern and Southern Europe, making the town a kind of cultural melting pot, and the other is its huge significance as capital of the second largest “Papal State” after Rome. As a seat of the powerful prince-archbishops, the metropolis was a magnet to architects and craftsmen, including those from Italy, and continues to impress visitors with its magnificent monasteries and churches, such as Salzburg Cathedral. The entire Salzburg Old Town, complete with town houses, spacious squares and magnificent castles has been designated a UNESCO World Heritage Site.

Salzburg is also world-famous as a city of music. In 1920, Max Reinhardt founded the Salzburg Festival, renowned today as the world´s most important showcase for concerts, opera and theatre. The festival season, consisting of more than two hundred events, commences each year with the traditional performance of “Jedermann!” by Hugo von Hofmannsthal, on the Cathedral Square. Other performances take place in the Great Festival Hall, the Haus für Mozart, the Felsenreitschule and numerous halls in the city´s castles and churches. 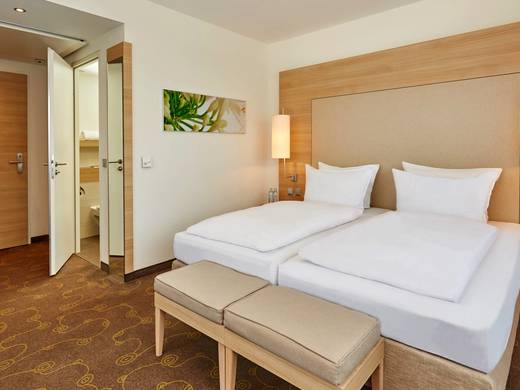 Experience Mozart’s city close up in our 4 star hotel, right next to Salzburg train station and only a few minutes away from the Baroque old town. You can explore the small streets on foot or in a romantic horse-drawn carriage, visit the Mirabelle Gardens or trace Mozart’s footsteps and visit the house he was born and lived in. Our 120 bedrooms are modern, imaginatively furnished and very welcoming. 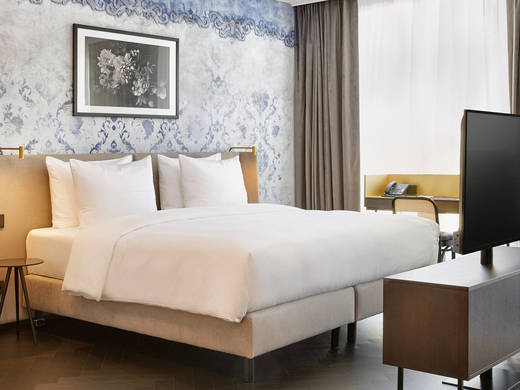 The Hyperion Hotel Salzburg opened 2022 its doors within the listed building ensemble of the Faber palace. Discover Salzburg and its tourist attractions such as the Getreidegasse, cathedral and Hohensalzburg fortress. Due to the Hotel‘s central location, the main railway station will also be within very easy reach – ideal for keeping business appointments or exploring the surroundings. Enjoy the exclusive service and comfort in our Hyperion Hotel Salzburg.

The most popular attractions in Salzburg

Salzburg´s unique charm can be best experienced on a walking tour of both parts of the Old Town. Mirabell Castle with the famous Mirabell Garden and the Capuchin Monastery on the Capuchin Hill are situated on the “right side” of the Old Town around Linzergasse and Steingasse.

Hohensalzburg Fortress towers over the older part of the Old Town on the left bank of the Salzach.  This city landmark, constructed in 1077, can be reached on foot, or alternatively with the historic fortress railway. There is a puppet museum in the fortress cellars. Salzburg´s most famous citizen is Wolfgang Amadeus Mozart, and his birthplace in Getreidegasse is one of Austria´s most beloved museums, showing many original exhibits, portraits and a reconstruction of the family apartment. The Mozart family residence at Makartplatz provides visitors with further recollections of the composer.

Of course, there´s also a Mozart Square, location of a Mozart monument, and also the Salzburg Christmas Museum. The so-called Salzburg Cathedral Quarter on the left bank of the Salzach river is the site of the prince-archbishops´ former centre of power: Cathedral and Cathedral Museum, the Old Residence with the Residence Gallery, the St. Peter Archabbey and museum, cemetery and catacombs, and other exhibits. Learn interesting facts on the city´s history in the Salzburg Museum in the New Residence, where the Panorama Museum is also located.

Visit the interactive science museum Haus der Natur or the Mönchsberg Museum of Modern Art to learn about present-day Salzburg. The building, designed in purist, clearly delineated lines, exhibits paintings and sculptures from the 20. and 21. centuries. “Hangar 7” at the airport is host to a collection of historic aircraft, an art exhibition and a gourmet restaurant.

Things to do in and around Salzburg

Use your Salzburg city break to go on excursions into the surrounding area. The beautiful Aigner Park in the Aigen part of town, at the foot of the Gaisberg, is perfect for a short walk. The park is a protected natural area, and a fine example of garden design from the early 19. century, complete with viewing points, grottos and waterfalls. One absolute highlight is Hellbrunn Palace and its trick fountains. The Mannerist style summer palace is sumptuously decorated, and the Renaissance era trick fountains delight with water automata, grottos and a mechanical theatre. Part of the palace park is now used by the Salzburg Zoo.

The Maria Plain Pilgrimage Church north of the city is yet another attraction. The basilica complex including chapels and buildings forms a continuous baroque ensemble with wide-ranging views over Salzburg and the mountains behind it. The call of the mountains - Salzburg´s setting at the foot of the Alps makes it a hiking paradise for walkers. It´s only a short distance to the Wolfgangsee or - on the German side - into the Berchtesgadener region.