Dresden is a city that offers many cultural monuments

The Hyperion Hotel Dresden am Schloss is a good starting point for sightseeing throughout the city. The Saxon capital Dresden, offers a lot of alluring destinations to its visitors, at which you can retrace the more than 800-year history of the city.

The Hyperion Hotel Dresden am Schloss is located in the city centre, just a stone’s throw away from several attractions such as the Royal Palace or the Semper Opera House. You can easily get to the city via the city’s international airport and in Dresden itself there are a range of public transport options at your disposal which you can use to excellently move around the different parts of the city. We, at the Hyperion Hotel Dresden am Schloss, can provide advice and assistance at any time for planning trips or getting tickets for various events throughout the city.

One of the attractions in Dresden that you should definitely take the time for is the Frauenkirche. After its destruction during an air raid in 1945, the newly re-built church was re-opened in 2005 and is deemed today to be an anti-war monument. Another landmark of the city is the “Blue Wonder” bridge from the 19th Century, that stretches across the Elbe between Loschwitz and Blasewitz. From your hotel in Dresden, you can also take a trip to the Semper Opera House and the Zwinger. The Zwinger Palace was one of the first buildings to be restored after the war and since 1985, the Semper Opera House has also once again been shining in its former grandeur.

Dresden’s “Blue Wonder” (officially Loschwitz Bridge) got its name for its light-blue colour. Back in the 19th Century when it was constructed, the suspension bridge spanning the Elbe without the support of piers, was considered a technical marvel and provides a panoramic view over the Elbe valley

The baroque Frauenkirche rises from out of the Neumarkt square in the Saxon capital, Dresden. The impressive domed structure, whose reconstruction was completed in 2005 after devastating war-time destruction, houses an alter from 1733 which was salvaged from the rubble.

If you have a bit of time at your disposal, you can also visit the areas surrounding the city. We will gladly help you to book a trip on one of the nine historical paddle steamers up to the Elbe Sandstone Mountains, on which you can not only experience the diverse landscape of Saxon Switzerland, but also get to know how these historic mechanical innovations function. A mere kilometre upriver from the old town, you come to the palaces by the Elbe, Albrechtsberg Palace, Lingner Palace and Eckberg Palace, all set in beautiful parklands and open to the public.

The Dresden Philharmonic is one of the most renowned and well-known orchestras in Germany, and was one of the first German ensembles to tour in the USA as early as 1909. The Dresden Philharmonic's venues include the Frauenkirche, Albrechtsberg Palace and the Herkuleskeule theatre. However, the orchestra's home venue is the Kulturpalast, which is located at Dresden's Altmarkt. Following four years of construction, the new concert hall opened there in April 2017, impressively combining elegance and modernity. A visit to a Dresden Philharmonic concert is a wonderful gift for special occasions and a melodious, unforgettable experience.

Places of interest near the Hyperion Hotel Dresden am Schloss 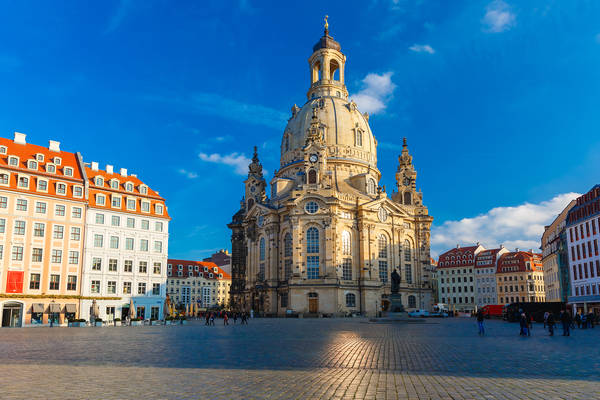 The "Frauenkirche" as a symbol of reconciliation

Since its reconstruction, the Dresden’s Baroque “Frauenkirche” has become the symbol of the city and is very impressive with its giant stone dome. In GDR, the ruins of the church destroyed by bombs were a memorial against the war. The building, which was reconstructed after the reunification of Germany, has become the symbol of reconciliation. It is less than a five-minute walk from the Hyperion Hotel Dresden am Schloss. 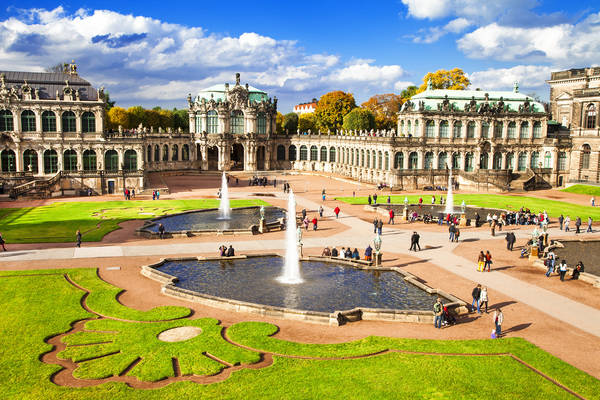 The “Zwinger” as an expression of Baroque splendour

The Dresden “Zwinger” is a Baroque festival area erected by Elector Augustus the Strong with rich galleries, pavilions, an orangery and garden. The “Gemäldegalerie Alte Meister” is today located in the Semper Gallery. More exhibitions in the “Zwinger” include the “Mathematisch-Physikalischer Salon” and the Dresden Porcelain Collection. It is a five-minute walk to the “Zwinger” from the Hyperion Hotel Dresden am Schloss. 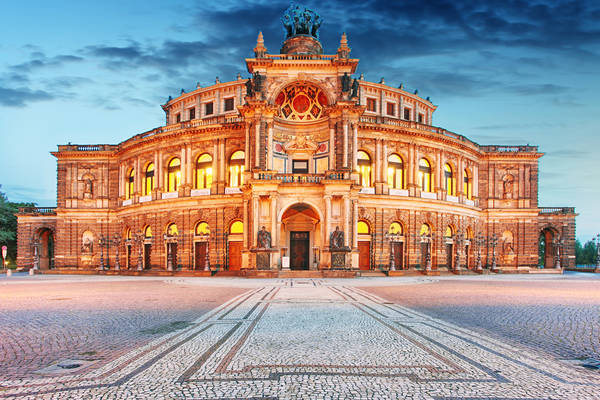 The impressive building of the Semper Opera House draws on the architect Gottfried Semper, who designed the first opera house in 1841 and the current one in 1878. The building was heavily damaged in the Second World War and was rebuilt according to Semper's plans. Walk the 200 meters from Hyperion Hotel Dresden am Schloss and enjoy a show or take part in a guided tour! 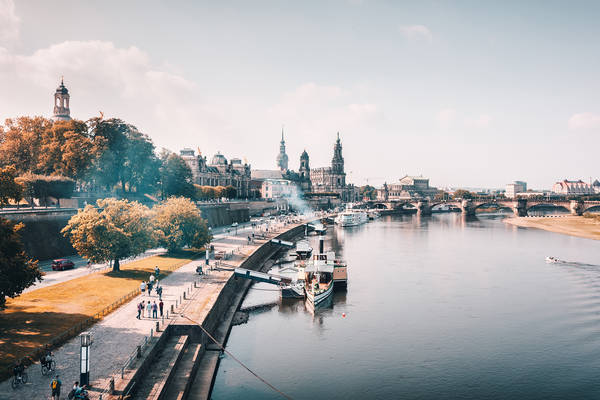 Brühl's terrace arose in the 16th century as part of the fortifications on the banks of the Elbe. The magnificent buildings built there later made it to the promenade. This is also where the steamers start when cruising the Elbe where you will pass the "Blue Wonder", steep vineyards and the “Elbschlösser”. It is less than a five-minute walk from the Hyperion Hotel Dresden am Schloss. 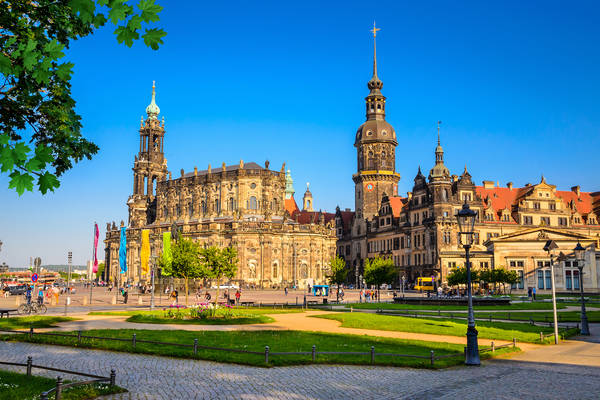 The “Grünes Gewölbe” in Dresden Castle shows the treasure house of the Wettin princes. The historical part, for which there is only a limited number of tickets, includes around 3,000 exhibits that are displayed on magnificent tables in the historic vault. The new part presents works of court sculptors and goldsmiths in modern halls. The castle is located directly opposite the Hyperion Hotel Dresden am Schloss.