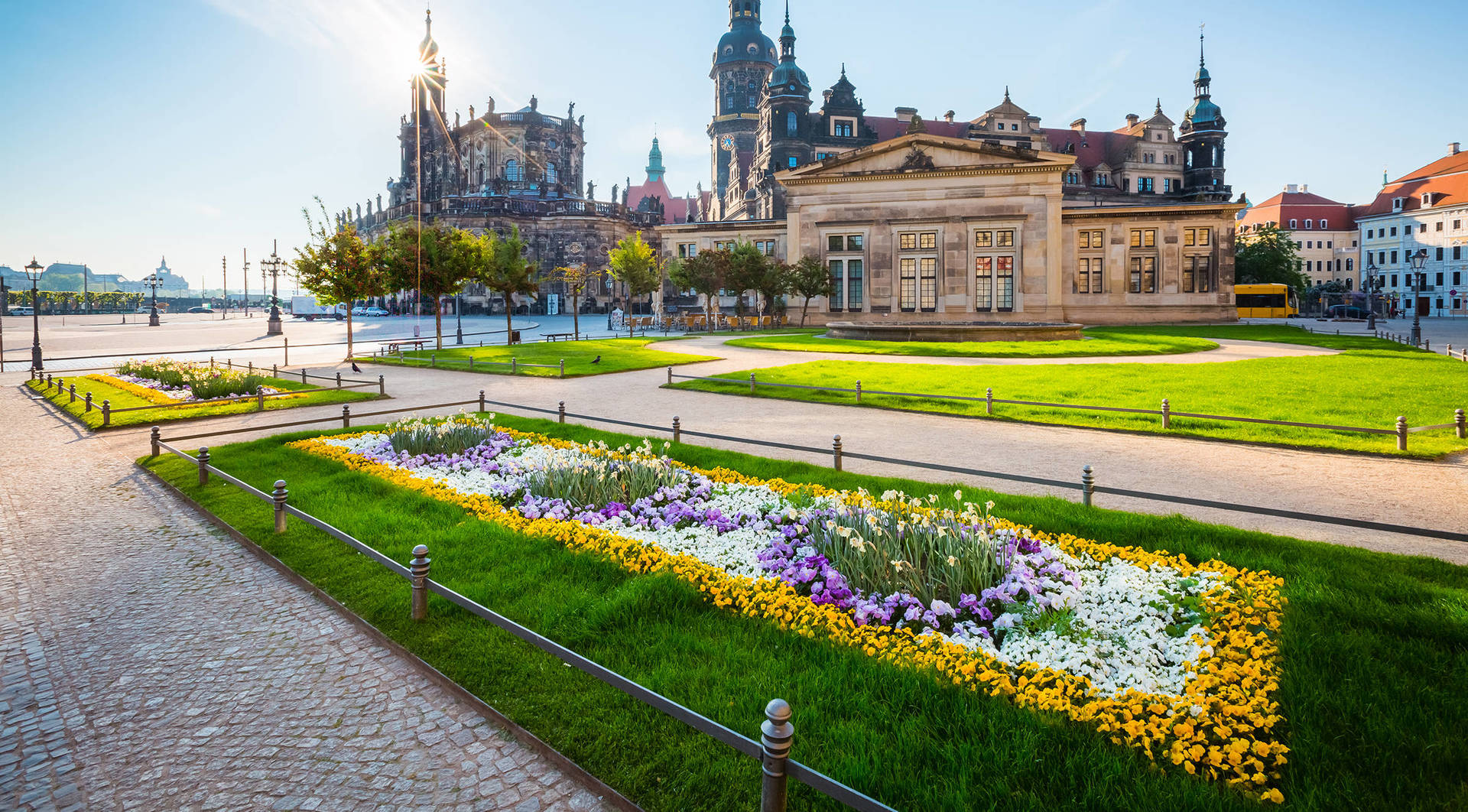 The Hyperion Hotel Dresden am Schloss has an excellent location in the heart of the old city. As well as being surround by Dresden Castle, Dresden Cathedral and the “Fürstenzug”, the world famous “Zwinger” and the “Frauenkirche” are only a five-minute walk away. The nearby Semper Opera House and the “Schauspielhaus” theatre offer the greatest cultural delights, while you will also find great shopping opportunities within walking distance.

While walk around the city, you can park your car in the hotel's own underground car park. If you arrive by train, you can reach the Hyperion Hotel Dresden am Schloss from the main train station in ten minutes by taxi.

The Baroque Dresden “Frauenkirche” has become the symbol of the city since its reconstruction between 1994 and 2005. The building with the large stone dome embossed the city skyline from 1743 to 1945, until it was destroyed in an air raid. During the GDR period, part of the ruins was preserved as a memorial against the war. After the reunification of Germany, the church was rebuilt using some original parts and the memorial was turned into a symbol of reconciliation. It is less than a five-minute walk from the Hyperion Hotel Dresden am Schloss (former Swissôtel Dresden am Schloss).

The “Grüne Gewölbe” at Dresden Castle shows the treasure house of the Wettin princes from the Renaissance to Classicism. The exhibition is divided into the historic “Grüne Gewölbe” and the new “Grüne Gewölbe”. The historical part, for which there are only a limited number of tickets, presents around 3,000 exhibits against a historic backdrop on magnificent tables in the castle vault. The new part shows a modern treasure house museum, including works by the court sculptor Balthasar Permoser and the court goldsmith Johann Melchior Dinglinger. Dresden Castle is located directly opposite the Hyperion Hotel Dresden am Schloss.

From 1709, Elector Augustus the Strong had the Dresden “Zwinger” erected as a magnificent, Baroque Festival area with an orangery, richly decorated pavilions, gardens and galleries. As early as the 19th century, the Semper Gallery was opened here on the Elbe side as one of the most important German Museum projects. Nowadays, the museum building houses the “Gemäldegalerie Alte Meister”. More exhibitions in the “Zwinger” include the “Mathematisch-Physikalischer Salon” and the Dresden Porcelain Collection. It is a five-minute walk to the “Zwinger” from the Hyperion Hotel Dresden am Schloss.

The original opera house built in 1841 by Gottfried Semper burned down just 28 years later; however, at the request of the people of Dresden, the architect designed a new building. This building suffered severe damage during the Second World War, but was rebuilt according to Semper's plans until 1985. The impressive building of the Semper Opera House has the best acoustic conditions. The approximately 400-kilogram, painted decorative curtains are particularly impressive. Whether you want to get to know the house during a ballet or opera performance or during a public guided tour, it is less than a five-minute walk from the Hyperion Hotel Dresden am Schloss.

Brühl's Terracearose in the 16th century as part of the fortifications on the banks of the Elbe between the Augustus Bridge and the Carola Bridge. Heinrich von Brühl later had the so-called “Brühlsche Herrlichkeiten” (Brühl wonders), a gallery, a library, the Belvedere and the Palace and garden created and thus turned it into the “Balcony of Europe”. Experience the beautiful side of the Elbe during a boat trip. This will lead you to Loschwitz with the "Blue Wonder" bridge, the shore marked by vineyards, and the three “Elbschlösser”. It is less than a five-minute walk from the Hyperion Hotel Dresden am Schloss to Brühl’s Terrace where the steamer excursions start.

Take advantage of exclusive services, as well as the best offers and most favourable prices when booking accommodation in our Hyperion, H4, H2, H+, H.omes and H.ostels at www.h-hotels.com.