Historical attractions also make Solothurn a cultural highlight. Our H4 Hotel Solothurn is a new building situated right on the bank of the River Aare in Switzerland. You can reach the historic Old Town in two minutes from our hotel. The city is a regional cultural centre that offers such varied venues as the Museum of the Old Arsenal or the Solothurn Natural History Museum. Solothurn, home to our H4 Hotel Solothurn, is also described as Switzerland’s finest baroque city. It is where Italian grandeur meets Germano-Swiss practicality.

There are plenty of things to see in Solothurn’s picturesque Old Town. Let yourself be taken back in time by the guild houses and sculpted fountains, and be sure to visit the clock tower, which was built back in the first half of the 13th century. Take a look at the canopied striking clock with colourful figures. With each stroke of the clock, the figures move and display the colours of Solothurn’s coat of arms as they do so.

You can see baroque architecture at the Church of the Jesuits, which was built between 1680 and 1689. You should also be sure not to miss the city’s characteristic fountains. The Schmiedengasse Fountain and the Gerberngasse Fountain are among the highlights. The former fortress can still be seen today. The old city walls and the Biel Gate with the Buris Tower are attractions worth seeing. The Basel Gate with the Ramparts of Riedholz and the Riedholz Tower are also worth a visit.

As well as a substantial range of cultural attractions, numerous events also attract the visitors. For instance, our city is the venue of the Solothurn Film Festival, one of the most important platforms for Swiss film. Consequently, a visit in January is worthwhile for film enthusiasts. The Old Town becomes a place of “fools” when the Solothurn carnival - “Chesslete” - is on. Those who have a penchant for masked balls and wish to see the burning of the Böögg effigy should come in February or March. The summer guest opera performances at the Classic Open Air Solothurn event take place in July. The Art Supermarket in November completes the city of Solothurn’s event calendar.

Places of interest near the H4 Hotel Solothurn 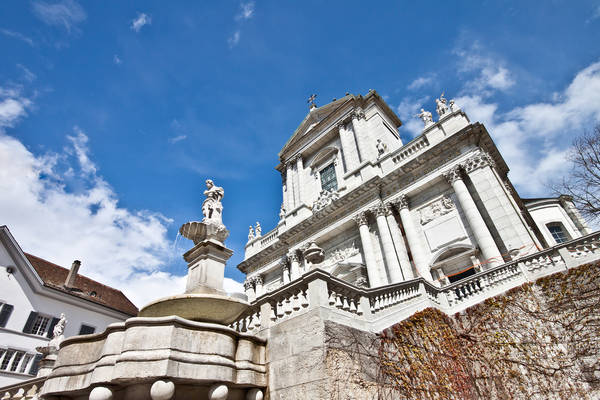 Today’s Altstadt, or Old Town, in Solothurn was mainly built between 1520 and 1790, and is typically in the Baroque style. Guild houses and fountains with sculptures complete the image. St Ursen Cathedral, the Zeitglockenturm clock tower and city fortifications are particularly worth mentioning. You can walk to the Old Town in the H4 Hotel Solothurn in five minutes. 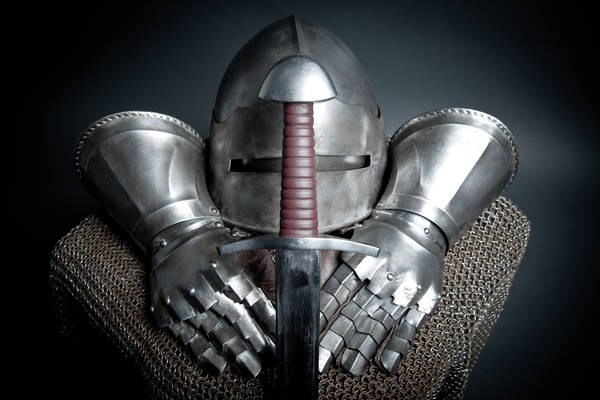 major display of armour and weapons

The building of the “Altes Zeughaus” museum dates from the years 1609-1614 and houses one of the biggest displays of historic armour and weapons in Switzerland. You can walk there in less than ten minutes from the H4 Hotel Solothurn.

On the trail of the “Solothurn number” eleven

The city has a special relationship with the number eleven. Even in medieval times, there were eleven guilds, and the first city council had eleven members. After that, the number was deliberately “maintained” and it makes an appearance in the cathedral, the city fortifications and in the “Solothurn Clock” You’ll encounter it everywhere on a stroll from the H4 Hotel Solothurn.